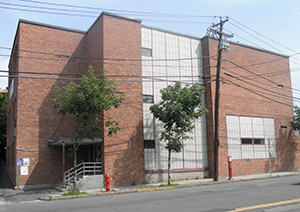 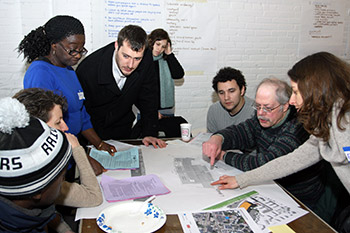 Scott Nolan started fishing more than 25 years ago. Setting out from various Cape Cod and MA ports, he focused initially on sea clams, and then scallops. After a decade out of the business, Nolan came to the CDP in the Fall of last year with interest in a Micro Loan to support the retro-fit of a dragger to go sea clamming. According to Nolan, "It was a big project".  Sea clamming involves particular equipment, all of which needed to be outfitted on his newly purchased boat, the Goody Hallet. With business support and financing from the CDP and affordable rate quota from the Cape Cod Fisheries Trust, Nolan is now one of the few local small boats out on the water in this particular fishery. As he said, "We have a little niche."  He also commented, "Things are going quite well right now and we're catching a lot."  When she's not out sea clamming, you can find the 80' Goody Hallet in Provincetown Harbor. Read more about Scott in this article in the Commercial Fisheries News.

Is Your Nonprofit A Jack of All Trades and Master of None?

Have you ever tried explaining what your organization does only to sound like you’re listing items on a menu?  “We have this program and that service….”  “Oh, and did I mention we run a loan fund for small businesses and provide supportive housing for the elderly?”  If you’re not careful you can sound like the “Jack of All Trades, Master of None."  If you don’t have a cohesive narrative, anyone listening to you will just become confused and tune out.  The question you need to answer before you respond to any question about what your organization does is – “What is the constant central theme that defines why I’m here?”  Once you can answer that in a sentence, you’re on the road to clear engagement.

Start with the people that you’re directly working with and don’t go too far astray.  For example, you can say, “Our organization was founded by the area’s residents to help lead the community’s revitalization.  We focus on building homes, commercial space and helping the residents with job opportunities and career advancement.”  That sentence might not fit your organization exactly, but I’m not saying “We provide services ranging from x, y and z.”  I start and end my statement with what’s most important to us: How we work with and champion a community and its residents.

Oftentimes, I also like to engage people by talking expressly about why CDCs, for example, are so different from each other.  CDCs should be instruments of redevelopment for each community in which they’re working.  Communities have different needs from each other, or at the very least have different emphasis on similar needs.  While one community may be continuing to address the foreclosure crisis, another community may have large vacant factory spaces.  These two organizations could be working within adjoining communities and still have significant differences in focus.  Use this to stand out a bit and talk about how you’re responding to the needs of your community specifically.

Finally, a cohesive message is only as good as the messenger.  Make sure that ALL staff, ranging from property managers to accountants, know how to present the organization.  It is not good enough if only the executive director or communications director can effectively talk about the organization

Nonprofits, in general, and CDCs, specifically, can be tough organizations to define and to explain.  A CDC grant writer will tell you that it can seem like well-crafted butchery fitting an organization’s purpose into a 2,000 character text box in an online application.  Take the time to really think about how you can concisely present an accurate description of your organization that doesn’t sound like a list of items on a menu.  Be engaging, direct and to the point.  At the beginning and end it should be about people and how your organization helps make change happen by being a central resource that local people use to transform their community.

To read more about this topic, check out Joe Kriesberg's post "Is there a common theme that unites the CDC sector?"