A Community Development Agenda for the next Mayor of Boston

Boston is widely known across the country for having one of the strongest CDC networks in the United States.  One reason for our success has been the close partnership between the CDCs and City Hall during the tenure of Mayor Thomas Menino and his predecessor, Mayor Ray Flynn.  Both Mayors have worked with CDCs as partners and the results speak for themselves. In particuar, under Mayor Menino’s Leading the Way Initiative, CDCs and the CIty of Boston have successfully built and preserved thousands of homes and created thousands of jobs.  Can you imagine what Boston neighborhoods would be like today if the Mayor and the CDCs were in conflict and competition, instead of collaboration? Personally,  I’d rather not think about that!

With the campaign to succeed Mayor Menino now fully underway, the MACDC Boston Committee has developed a 10 point Community Development Agenda that we are releasing as part of our effort to ensure that this extradorinary record of achievement and collaboration continues regardless of which candidate emerges as the winner.  We recommend the following: 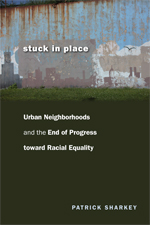