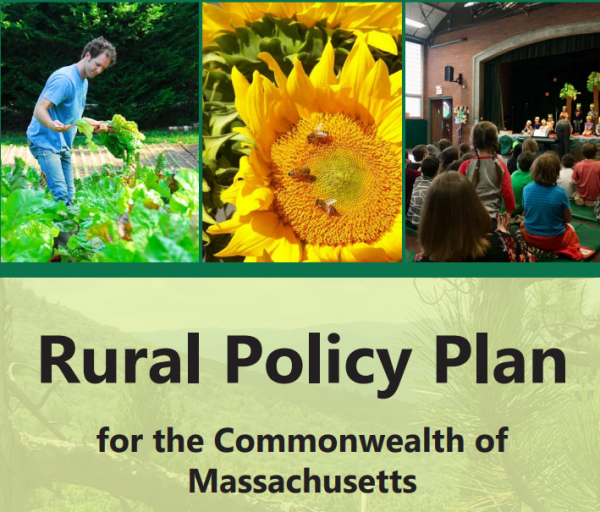 The Plan is a culmination of the work of RPAC, which was created by the State Legislature in 2015 with a mission to “enhance the economic vitality of rural communities.”  Defined as municipalities with population densities of less than 500 persons per square mile, the 170 rural communities comprise 59% of the land area in Massachusetts but only 13% of its population.  In presenting an overview of the Plan, Linda Dunlavy, Executive Director of the Franklin Regional Council of Governments and RPAC’s Chair, noted how rural communities in Massachusetts are losing population and are aging, and face unique challenges such as inadequate infrastructure and limited local fiscal resources and staffing capacity.

The Plan’s top priorities are:

The Plan also outlines existing best practices, ideas, and recommendations for improving the economic vitality of rural communities.  Importantly, it calls for the creation of the Office of Rural Policy, to provide purposed focus on rural issues and advance the recommendations in the Plan.

In 2021, MACDC members invested more than $1.4 billion across the Commonwealth.