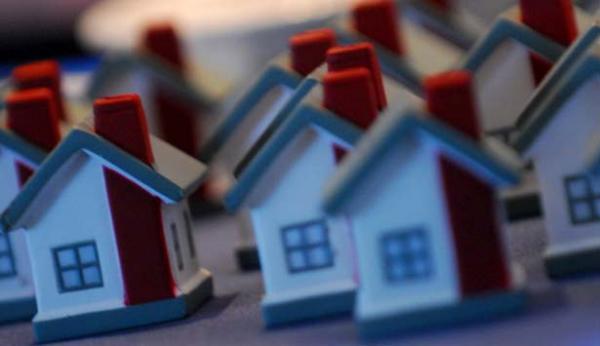 As we begin a new year, MACDC plans to be working on a wide cross section of housing issues. Our goal is to create an affordable housing system that is better able to meet the diverse needs of our residents and communities. This will require both more money and more flexibility. In a series of articles to be published in early 2016, MACDC is articulating some its thoughts about how we do this. The first article talked about how we can grow the resource pie – the first and most essential step to meeting growing demand for affordable housing. In the second article, we talked about how to lower operating costs so that we can use our limited subsidies more efficiently. In the third article, we talked about how to deploy our resources in a more balanced way that enables us to better respond to local market contexts and to community driven priorities.  Our fourth and final article discusses how we can create affordable housing that can serve a broader range of income levels.

A growing number of stakeholders in the housing field – community developers, fair housing advocates, local residents, elected officials and urban planners – support mixed-income housing.  Governor Baker and Mayor Walsh make this argument virtually every time they talk about our housing challenges.  They and many others agree that mixed-income housing is the best way to expand housing opportunities for low- and moderate-income households without concentrating poverty.  Mixed-income housing is especially critical in expensive places, like Greater Boston, where even those with moderate incomes struggle to find housing that they can afford.  In weaker markets, like some of our Gateway Cities, mixed income housing can help revitalize a neighborhood and create more racial and economic integration.  At the same time, some advocates, including some of our members, struggle to reconcile providing subsidies to moderate income people when so many lower income families are still struggling, especially when the term “moderate income” is sometimes defined to be as high as $125,000 per year or more for certain households.

Notwithstanding these on-going debates, we believe that the affordable housing industry needs to produce mixed income housing – not just in one building, but comprehensively.  The state recently approved funding for over 1,100 affordable housing units and the vast majority of them are priced for people whose incomes range from 50-60% of Area Median Income (AMI) – a fairly narrow income band that excludes many families below and above that range who still need help.  The Low Income Housing Tax Credit (LIHTC) program, which finances almost all new affordable rental housing, does nothing to help moderate income households making between approximately $55,000 and $80,000 – a growing contingent of families who can’t afford our rising housing costs. And while some families earning less than 50% of AMI can afford to rent LIHTC units by paying more than 30% of their income for rent, LIHTC housing cannot help families facing or at risk of homelessness without the use of an additional subsidy source – namely rental assistance from either the state’s MRVP Program or the federal Housing Choice Voucher programs.  In fact, research (PDF) shows that a very large percentage of LIHTC units are now occupied by voucher holders – an inefficient use of subsidy made inevitable due to structural problems in both the LIHTC program (narrow income targeting) and Section 8 (rent limits that are too low for many units in the private market).

In the short term, to achieve the goal of providing affordable housing across a broader range of incomes than the tax credit program currently allows, we will need to continue using rental subsidies for lower income households.  At the same time, the state needs to identify new resources that can be used in combination with tax credits to subsidize “moderate income” units for households earning between 61% AMI to 100% AMI, or up to about $95,000 for a 4-person household in Greater Boston.  These new “moderate income” subsidies,  should not be taken from resources currently aimed at lower income households and  should be smaller than what we are providing to lower income units (the higher rents should make that possible).  However, the bottom line is that without some financial support for this moderate tier, mixed-income housing will remain very difficult to produce, except in the strongest rental markets.  And in those strong markets, there would be a significant gap between the tax credit rents and the market rents, leaving middle income households unserved yet again.

In the long term, we need to reform the LIHTC program to allow developers/owners to offer a range of rents.  A number of organizations, including HUD and the National Low Income Housing Coalition (NLIHC), have recommended a specific way to achieve this goal:  allow LIHTC projects to serve a range of incomes, so long as the “average” is 60% AMI.  This would allow, for example, a 30 unit project to have 10 units priced at 40%, 60% and 80% of AMI respectively.  The developer receives the same total rent revenue, but a broader range of families could afford to live there.  While enacting such a change will be hard given the dysfunction in Congress, we need to keep pushing, so that we can strike when the opportunity arises.  In the meantime, we might consider experimenting with this model with the Commonwealth’s low income housing credit.

Creating mixed income housing will require new dollars and new creativity. We are confident that the housing sector can bring the creativity – we will need the public sector to bring new and more flexible dollars.