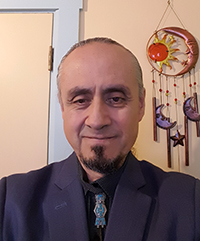 Originally from Mexico, Francisco came to the United States in 1983 and has lived here since then. Francisco has been a Community Organizer for more than thirty years and has organized both in Illinois and in Massachusetts. He joined NewVue Communities in 2018 and immediately engaged the organization in training several hundred leaders to be a force for change through the Community Stewards program. In 2018 the program graduated 10 residents and since that time has graduated Organizing Stewards, Neighborhood Stewards, Art Stewards, Financial Stewards, Health Stewards, Junior Stewards, and Education Stewards. In 2019, 71 leaders graduated from the program and so far in 2020, 115 stewards completed six trainings. This work has been transformative for NewVue Communities, for Fitchburg, and for the region. Francisco has a bachelor’s degree of Science in Business Administration and has almost completed a master’s degree of Arts in Theological Studies. He has three children, is married and lives in Clinton, Massachusetts. 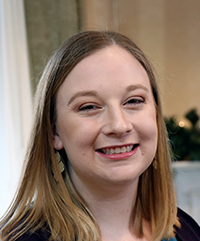 Sarah grew up in Lynn, MA and moved to the Fenway neighborhood of Boston in 2015, while she was working at Simmons College and getting her master's degree in public policy. After completing her master's in 2017, Sarah joined the Fenway CDC Organizing Committee, which was a great way to meet her neighbors and support more affordable housing in the neighborhood. Sarah joined the Fenway CDC board in spring of 2019 and this summer proposed a new committee, the Racial and Housing Justice Committee in an effort to ensure that racial justice is explicitly centered in Fenway CDC’s work. Sarah is a recognized face in the neighborhood. She has become a community leader for many in the Fenway because of her ability to make her neighbors in the Fenway feel heard and seen. Her unique willingness "to go to bat" for anyone, regardless of issue or challenge, makes her a true rising star in the Fenway. Sarah currently works as a Senior Program Manager at JFF (Jobs for the Future), a national non-profit organization focused on ensuring equitable opportunities for economic advancement through education and workforce development. Joining the Fenway CDC has furthered Sarah's understanding of the interconnected nature of social justice issues and she is grateful to see the positive impact the Fenway CDC has on the community and local politics. 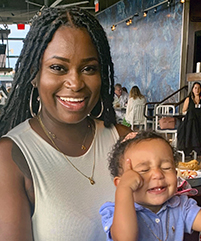 Even though JaVonica is a part-time Resident Service Coordinator at Quincy Geneva New Vision CDC she has taken on a leadership role. During the pandemic she helped to feed over 400 residents and put together a presentation on the RAFT application process for new employees. She works hard to show residents that she is a stepping stool to help them get up the rest of the ladder by themselves. JaVonica's spark for community and civic engagement began when she volunteered throughout high school at Goodwill's Thanksgiving and Christmas Celebrations to feed the homeless and disabled. While attending Manhattanville College she volunteered in the weekly Midnight Run Program, feeding the homeless in New York City. Javonica was born and raised in Boston and is a proud Dorchester resident. She considers her 2-year-old daughter her greatest accomplishment and works to set an example for her by showing respect and love for others regardless of their differences.

Will joined HRI as a Project Manager in July 2017 as part of the 2017-19 Kuehn Fellowship program. While at HRI, he has helped with several projects in Cambridge: the rehabilitation and financing of Auburn Park (60 units), the financing of Concord Highlands (98 units, new construction), and the financing and rehabilitation of 808 Memorial Drive (300 units.) This very complicated project included mixed-income units, 38,000 SF of commercial space, a 265 car garage, a condominium structure for various uses, tenant involement in land ownership, ground lease and subleases, LIHPRHA, new Section 8, old Section 8, bond financing ($75 million), LIHTC equity ($35 million). Will grasped it all and worked well with all parties. He has a Masters in City Planning from MIT, and was involved in the Federal Home Loan Bank of Boston Affordable Housing Development Competition, both as a participant in 2016 and a student coordinator in 2017. He also plays saxophone in a band of urban planners. We agree with his nominator: “This guy is no flash in the pan.

This award is for a CDC project manager or organizer who meaningfully engages local residents in building economically and racially just communities.

Ricanne Hadrian was MACDC's Deputy Director for housing and community reinvestment until her death in October 1996. She also designed the community organizing initiative, RHICO, name in her honor.

MACDC presents this award to a CDC staff person or board member who exemplifies outstanding commitment, leadership and achievement on behalf of the statewide movement.

Richard Smith was the Executive Director of the Fitchburg CDC. He worked tirelessly on behalf of his organization and his community. MACDC has presented this award in his memory since 1992.

This award is presented to Executive Directors, staff or board members that are 40 years old or younger who have demonstrated their potential, outstanding innovation, leadership and achievement in community development.

MACDC presents the Excellence in Community Development Award to an individual or agency from the public sector that has provided exceptional support and leadership for the community development movement in Massachusetts.

This award is presented to a person or organization from the private sector that has provided exceptional support and leadership for the community development movement in Massachusetts.

Jeffrey Graham was a community reinvestment officer who demonstrated a genuine commitment to supporting CDCs and their communities. In 2002, MACDC named this award in Jeffrey's memory.

Over the past 10 years, MACDC members invested more than $5.4 billion across the Commonwealth.