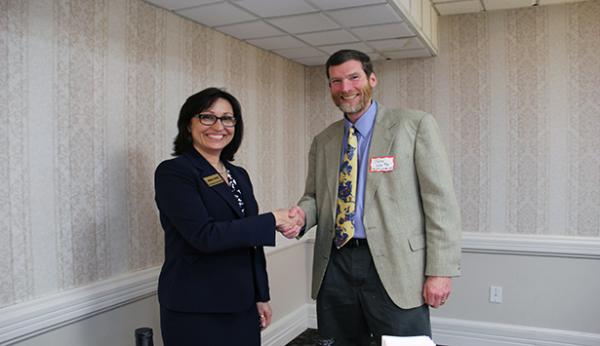 The enactment of the Community Investment Tax Credit in 2012 represents the biggest new public/private investment in Massachusetts Community Development Corporations in a generation. It is also part of a larger strategy to refresh, re-energize, and expand the community development movement to meet the challenges of our times. CITC is being watch locally and nationally as a possible model for how to systematically strengthen the community development sector. So, nearly two years after enactment, how is it going? Here are seven of my “first impressions:”

1. Last minute legislative changes made the program stronger:  MACDC’s original legislative proposal called for the tax credit to begin in January 2013 with $2 million in credits, then $4 million in 2014 and $6 million in 2015 and beyond. The Legislature modified the plan by providing $1.5 million in start-up grants for 2013 and then $3 million in tax credits in 2014 and $6 million in 2015 through 2019.  While Governor Patrick cut the grants to $750,000 (demonstrating one of the key advantages of tax credits over appropriations), the start-up grants did allow DHCD to put resources into the community quickly so that CDCs (and MACDC) could engage in critical planning and preparation work prior to the roll out of the tax credit program. The Legislature also modified our proposal, at the recommendation of the Department of Revenue, to make the credits refundable rather than transferable – simplifying the program tremendously and expanding the range of potential donors. I wish we had thought of these ideas ourselves, but we are thankful that the Administration and the Legislature made the program even stronger.

2. Rolling out a new program takes time:  The Legislature was also wise to delay the implementation of the tax credit until 2014 because we needed every one of those extra months (and then some) to get the regulatory infrastructure in place.  Both DHCD and DOR had to develop regulations and guidelines for this new program and it has taken significant time to do so. While I think things could have moved faster, I have come to accept the reality that bureaucracies move slowly for a reason and that tax credits need to be designed carefully to avoid unintended consequences. Creating a fair application procedure, appropriate reporting requirements, and clear procedures for processing transactions has taken a while, but now that these things are in place the program should move forward smoothly.

3. Community Investment Plans Matter – The CITC is built around the requirement that DHCD award tax credits based on the quality of the Community Investment Plans submitted to DHCD. The two most important elements in these plans, according to DHCD’s scoring rubric, are community engagement and organizational track record. Tax credit allocations ranged from $50,000 to $110,000, so it’s clear that the quality of the plan matters. Over time, we expect to see the quality of these plans improve, as well as the ability of CDCs to execute their plans and measure results. We will begin to see how this is playing out with the second CITC RFP later this year and the first year reports in 2014.

4. CITC is pushing CDCs and MACDC to sharpen our message: One of the reasons that we structured this program as a tax credit for private donations was to incent and reward CDCs to become more effective at telling their story. Over the past year, we have held several trainings on this topic and we have seen CDCs invest in new marketing materials, websites, and data systems. MACDC itself developed a new “theory of change” to more effectively talk about the diverse work of our members and we completely revamped our website.

5. Large corporations seem less interested than small businesses and individuals: So far, the major financial institutions that have been the field’s biggest private supporters have not yet jumped into the CITC pool. These national banks don’t yet have the systems in place to allocate the future tax savings back to the local philanthropy budget. By contrast, community banks, smaller businesses and individuals have an easier time seeing the tax benefits and translating those benefits into larger donors. That said, the first large financial institution to figure this out will have a major competitive advantage over the others.  Who will that be?

6. CITC opens doors and ears, but will it open wallets?  For the past year, MACDC has been reaching out to donors, donor advisors, accountants, lawyers and others to educate them about the tax credit and how it can help high net worth individuals and companies increase the impact of their philanthropy. We have found many of them to be very interested in this new tool and we have met with dozens of people who might otherwise not be that interested in hearing our pitch. The question remains whether these meetings and conversations will translate into actual donations, but we are optimistic that CITC will achieve one of its key goals – attracting new donors to the field.

7. Different strokes for different folks: Much as we expected, CDCs are deploying different strategies to find donors to use their credits. Some CDCs are focusing on smaller individual donors, others on larger, five-figure donations; some are looking to community banks while others are talking to construction companies, law firms and other vendors active in the field. While most CDCs transferred the maximum of 50% of their allocation to the United Way’s Community Partnership Fund, several others transferred less or none of their credits – confident that they can find enough donors to use all of their credits (a total of $1.1 million was transferred, giving the United Way the opportunity to raise $2.2 million). Many CDCs are using credits to enhance sponsorships and donations associated with annual meetings and fundraising galas. Perhaps the most challenging question for CDCs has been whether to focus on getting existing donors to step up with larger donations or whether to take the extra time to solicit new donors – or some combination of both. We have also been pleased to see many CDCs engage their board members in this process, providing them with training on how to raise money and in one case, having the board run a “phone-a-thon” to call over 100 prospects in a single evening.

The CITC program is very much a work in progress. We should expect some confusion and even some stumbles, but I remain confident that over time the program will become easier and more predictable to use (for donors and CDCs alike) and that it will have the desired impact of meaningfully improving communities and the lives of the people who live there.